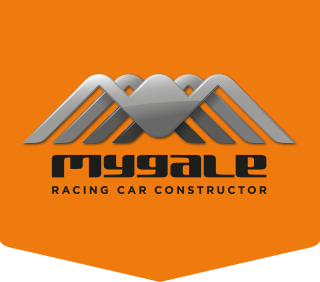 Mygale comes as one of the main innovative forces on the international scene of motorsport. Mygale earned its worldwide reputation in motorsport in the last 28 years by designing and manufacturing 1,130 racing cars, either for most famous brands (Formula Renault, Formula BMW, Peugeot Spider) or under its own name (Formula Ford, Formula US2000, Formula 3, Formula 4 …). Mygale can be credited with 1,200 victories over 5 continents, 7 World Champion titles; and was a decisive springboard in the career of famous current Formula 1 drivers such as Jenson BUTTON, Kimi RAIKKONEN, Nico ROSBERG or Sebastian VETTEL. This industrial knowledge, very wide in terms of motorsport engineering and manufacture/production, enables Mygale to provide for its customers’needs: subcontract manufacturing of high-tech parts or the realization of industrial projects.35 skilled employees work in the highly-modern 2650m2 factory, ideally situated at 2h30 from Paris and Lyon in the technopole of the Nevers Magny-Cours international track. Mygale Racing Car Constructor (Mygale SARL) is a French racing car manufacturer that specialises in the production of single seater chassis for use in formula racing. It is most notable for its Formula Ford Chassis'. Mygale also produces the chassis used by in Formula Renault, Formula BMW and Formula Three. The company was established in 1989 by Bertrand Decoster and its factory is based in the Technopole of Magny-Cours, France. Mygale is a contracted chassis supplier for single-marque formulae, including Formula Renault Campus and Formula BMW. It functions as a manufacturing contractor for BMW's series, with a subsidiary of BMW's US division being responsible for the design. It also produces cars for open formulae. The company has been involved in Formula Ford since 1989 and has achieved its best results in that category. More recently, it entered the Formula Three market in 2006 and the M-06 and M-07 F3 chassis have appeared in limited numbers in the British, German and European championships. It focussed its efforts on the British series in 2007 in a close partnership with Ultimate Motorsport that yielded fifth place in the teams' standings. In 2012, Mygale supported the SCCA Formula F (Honda and Ford engines) class in the United States with new North American chassis distributor with 2011 Indianapolis 500 champion organization Bryan Herta Autosport as the importer. Mygale also runs a racing school at the Autodrome de Linas-Montlhéry near Paris. The Formula Mygale centre was set up in 1991 and provides tuition and "driving experiences" in Mygale's own Formula Ford chassis.