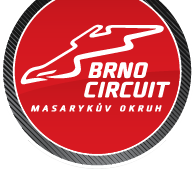 Masaryk Circuit - since 1930, the largest Czech adrenalin factory. Automotodrom Brno is a company running the motor racing track Masaryk Circuit. It was established in 1994 and is located directly in the driving tower of the racetrack. Tradic The Masaryk circuit dates back to 1930, when a natural line was built along the roads on the edge of the growing Brno. Since 1965, Masaryk Circuit has been the traditional host of the most prestigious motorcycle championship in the world - the Grand Prix of motorcycles. The current Masaryk circuit was established in 1985-1987 and is a top racing track meeting the strictest criteria for prestigious world motor racing events.