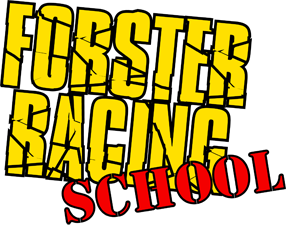 Forster Racing School is a rally driving school in the UK that was launched in 2010 by Leo Forster who has Spent over 12 years’ in the industry as both a driver and an instructor teaching at numerous Track Days. Leo Started driving at the age of 5, started racing at 10 and went on to win various British Championships in RallyCross and circuit racing while working as an instructor delivering bespoke race tuition and advanced driving courses at both Rally schools and race circuits both in the UK and aboard Leo started teaching in 2000 and has been an ARDS and BARS grade A instructor for many years. Having worked for top manufactures around the worlds with some of today’s staff at Forster Racing School. Leo, and his team of instructors have a wealth of race and tuition experience. Teaching in almost every rally or race car going from luxury cars on Ice to BMW M3’s, Ferraris, and Lamborghini’s on racing circuits. Driving and teaching at top corporate venues in bespoke JP LM-1 or Porches even rallying in Escort cosworth or Subaru’s. You name it we’ve probably driven, raced or taught in it. Leo can still be found at Mercedes-Benz world where he demonstrates the AMG range and is part if the SILVER ARROWS display team and AMG Academy. Leo perfrms stunt driving and works for a number of manufactures while his host of professional instructors work around the UK and abroad delivering individual tuition, launching super cars or delivering corporate entertainment packages. “we understand the importance of being able to communicate what works for the individual so they can gain the most from our experiences” – Leo. Leo’s racing highlights: • 1994 F6 Karting Junior British Champion • 1999 Elf Scholarship finalist • 2000 BRDC Formula Ford Vice British Champion • 2001 Formula Ford Incomplete season • 2008 RX150 British Rallycross Champion • 2009 RX150 British Rallycross Champion • 2010 RX150 British Rallycross Champion • 2011 Rx150 British Rallycross vice Champion – 2012 RX150 2 podium finishes in 2 races – 2015 Promotional driving for AMG at numerous events As well as offering rally driving experience days and private race car tuition, Leo and his team of expert drivers also run a drift school for those looking for adrenaline-pumping driving experiences.