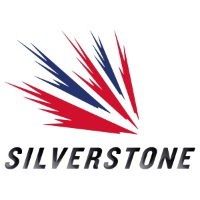 For more than 60 years Silverstone has carved its mark as one of the leading motorsport venues, creating a powerful heritage around the world. Internationally renowned as the host of world class events, Silverstone is also famed for its exhilarating driving experiences, sumptuous corporate entertainment and prestigious conference facilities. With the development of the Silverstone Wing we can now offer the very latest in state-of-the-art conferencing and event facilities. Situated in the heart of the world famous Grand Prix Circuit at Silverstone, the Silverstone Wing has all the unique excitement and prestige you’ll need to make powerful and lasting impressions. The Silverstone Wing's 21st century, modular design makes it the perfect venue for any type of event from lectures and presentations, to exhibitions, weddings, banquets and conferences. The end of the Second World War had left Britain with no major race track but an abundance of airfields. One of these surplus airfields was located outside the village of Silverstone and being roughly in the middle of England was seen as an ideal location to bring back international motor racing to Britain. By 1948 The Royal Automobile Club (RAC) had arranged a one year lease with the Air Ministry in the spirit of optimism and possibility which characterised the time. An ex-farmer, James Wilson Brown, was employed by the RAC and given just two months to turn the site from a wartime airfield and farm into a race track for the first RAC International Grand Prix. On the 2nd October 1948 an estimated 100,000 people flocked to see Luigi Villoresi beat a field of 22 others in his Maserati. Hay bales and ropes protected the piggery and crops in the middle of the circuit, and canvas barriers stopped drivers from being distracted by cars coming the other way. Silverstone racing history had begun.